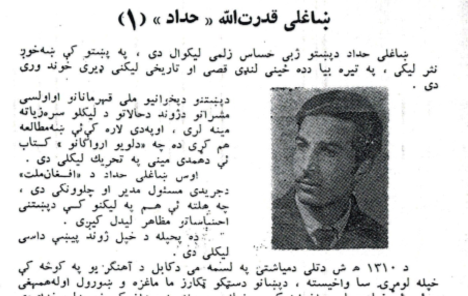 Afghan Millat Publication Dedicated to Mr. Haddad can be downloaded below.

Some of Mr. Qudratullah Haddad's Books.

Why Was the Philosophy of National  History and Pashtoonwali republished?

Due to high demand we have republished this book,"Pashtoonwali and Afghan National History" first published in 1992 and has since been 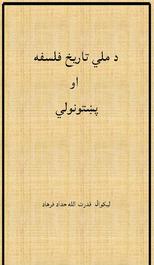 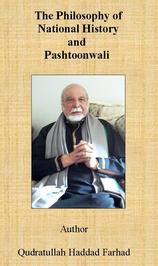 republished multiple times in different countries.  Due to high demand and Afghanistan's critical state, we are republishing the book that explains the Pashtoon or Afghan codes of ethics. Some of these codes are practiced in Pashtoon and non-Pashtoon areas within Afghanistan and on the other side of the Durand Line.  It is important to understand Pashtoonwali and how scholars have practiced it and elders for centuries to settle disputes, solve social problems, address political, economic, and other issues. .

PESHAWAR: Veteran nationalist, former head of the Afghan Millat Party and noted writer and political analyst Qudratullah Hadad Farhad passed away after protracted illness in Virginia, United States. He was 80. Born on October 1, 1930 in Kabul, Qudratullah Hadad Farhad was the brother of Ghulam Muhammad Farhad, founder of the Afghan Millat Party. He worked for different magazines including Anees, Pameer and Iqtesad. He was appointed editor of the Afghan Millat magazine in 1966. He also served in the Afghan Red Crescent. He was jailed during the communist Saur Revolution in 1978 and migrated to Pakistan after remaining behind bars for 18 months. He migrated to the US after residing in Peshawar for several years. Besides being a prominent writer, the deceased was also a historian and wrote numerous articles on the history of Afghanistan. He had deep study of the ongoing situation of Afghanistan and was regularly contributing to the Pashto language newspapers and websites.
Source:http://www.thenews.com.pk/TodaysPrintDetail.aspx?ID=82797&Cat=2

Haddad Farhad Cultural Center formerly known as Afghan Educational Bridge (AEB) was established in 2011 to assist the less fortunate in Afghanistan.  Our Goal is to assist with education, even if it's one student at a time.  Our projects include:

Afzal Khan Lala with Mr. Qudratullah Haddad Farhad in Kabul about 40 year ago. 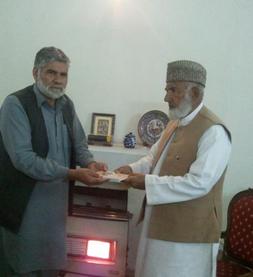 Haddad Farhad website contains two types of inf​ormation.  The first section is about Qudratullah Haddad Farhad's life and legacy. The second section contains information about other Farhad family members.  The site makes available pictures, videos and some publications from the Farhad family. 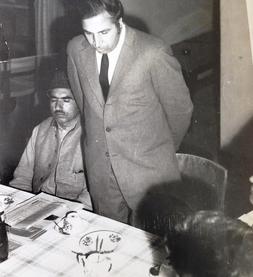 As most of you may know there has been some issues within the Afghan Millat Party in Kabul in past few months.  On behalf of Haddad Farhad family we stand by the original principles of the party, independent, self sufficient and Loy Afghanistan.  We support the ideology of nationalism,   At the current situation our goal as a nation should be to stop the bloodshed across the country.

As my uncle Ghulam Mohammed Farhad stated I do not want to come into power with the cost of one human life even if that person is guilty of a crime.  With the social media and internet people may use the Haddad Farhad names in their interest unless a statement is posted in the official website then they are not representing us our website is  www.haddadfarhad.info.