I was born in Kabul, Afghanistan in 1948.  Upon completion of high school, I attended the Department of Law and Political Science at Kabul University in 1967 and completed my education at the B.A. level in 1971.  Kabul University went through tumultuous years, and as a result of students’ political activities and then government imprudent policy behavior, the university was closed for six months.   From 1971 to 1972, I enrolled in the military reserves (infantry branch) which was a compulsory national duty at the time.  I started my civil service at the cultural and foreign relations department of Kabul University in 1972.  I continued my work in this department until 1976, when I departed for the United States to pursue higher education in international affairs and comparative politics under the Fulbright scholarship program.  Because of the political upheaval in Afghanistan, I had no choice except to stay in the United States and start a new life here. Since 1984, I have been working with the Department of Human Services in Alexandria, Virginia, helping needy people to overcome barriers and move forward. 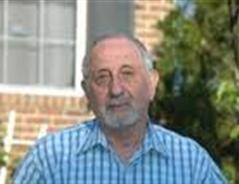 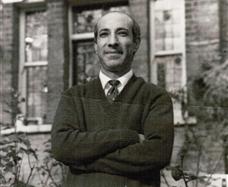 Shamsul Huda Shams was president of his own faction of Afghan Social Democratic Party (Well Know as Afghan Mellat). Born in 1939 in Kunar province of Afghanistan, Shams got his primary education in his hometown Noorgal before leaving for Kabul, where he graduated from Kabul Military College. He served in the Afghan National Army for some years and eventually joined the Ministry of Interior as Major. From his early youth Shams had nationalist and democratic views and that was the primary reason of motivating him to join Afghan Mellat Party soon after it was founded in 1967 by Engineer Ghulam Mohammad Farhad, a popular and noble figure of Afghanistan. From the day he became member of Afghan Mellat Party; Shams actively involved himself in party affairs and soon rose to prominence.In 1984, Afghan Mellat founding president, Ghulam Mohammad Farhad died and in early 1987 the party congress elected Shams as its new president in recognition of his great services to the party. It was Shams who established a base for his party in Peshawar during the early days of communist take-over in the country. He courageously led his party in the face of strong opposition from religious extremist parties on one hand and incumbent communist regime on the other. Shams had an uncompromising attitude towards communism and that is why he never agreed to strike a deal with the communist regime in Kabul in spite of repeated attempts by the latter, up to the point of offering a cabinet position. Shams had one guiding principle in his political life; never to compromise on party ideals. Shams was in favor of the establishment of a modern democratic government in the country which could retain its National Islamic character. Shams was against the successive regimes of religious parties including that of the Taliban backed by Pakistan. He was a great supporter of national unity and solidarity.While in Peshawar, Shams continued to publish his party newspaper “Afghan Mellat” which published articles that produced nationalistic sentiments and called for democratic development in the war-ravaged Afghanistan. Besides writing in his party journal, shams also contributed scholarly articles and essays to other newspapers and journals. A unique feature in his writings was that he wrote fearlessly describing facts without any expediency.Shamsul Huda Shams died on October 9, 2005 and was buried in his ancestral graveyard in Kunar Province. Shams’s tragic death was widely condoled by large number of political figures of Afghanistan and Pakistan. 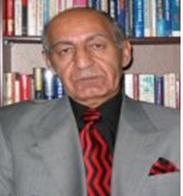 originally from the Zazi tribe of Pashtuns, in the Paktia Province of Afghanistan. He went to the United Kingdom on a scholarship in the early 1960's. Misdaq has a BS.c. Hon. from London School of Economics in London University and M.A. and Ph.D. from Sussex University. He has written several books ("Afghanistan", Routledge, 2003), academic papers in English. Recently he finished a Pashto-English dictionary which is due to be published. In the meantime, he is writing a book which contains Afghan jokes translated into English. He is also the author of many articles widely for Afghan exile press in both Pashto and Dari (Persian) over the years.
Career Screen shot of Nabi Misdaq being shown on Al Jazeera news channel in 2009 Dr. Misdaq worked for the BBC World Service at Bush House throughout the 1980's and 1990's, where he founded the Pashto Section, and broadcasted regularly, becoming one of the most well-known voices in Afghanistan and Pakistan. He twice interviewed the exiled Afghan King Zahir Shah in Italy.
Sources
•    Misdaq, Nabi - Afghanistan: Political Frailty and External Interference ISBN 978-0415470247
•    Fields, Rona M. - Martyrdom: The Psychology, Theology, and Politics of Self-Sacrifice ISBN 978-0275979935
•    Maley, William - The Afghanistan Wars ISBN 978-0333802915
•    Rais, Rasul Bakhsh - War without Winners: Afghanistan's Uncertain Transition after the Cold War ISBN 978-0195775358 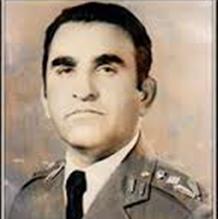 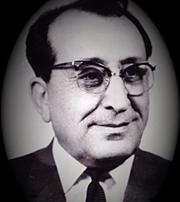 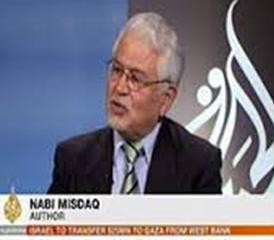 (1933 – 2003) was born at Badakhshan, Afghanistan. He attended high school in Kabul (1947 – 1952) and obtained a B.A. in Dari and Pashto languages and literature from Kabul University in 1956.  He taught Dari language and literature at Kabul University from 1957 to 1981.  He also taught Dari to International students and Peace Corps trainees. Neghat has lectured at Delhi and Nehru Universities in India as a visiting professor. He studied and did research in Dari Classical Prose at University of London (1972 to 1973).  Neghat has written and published several books and articles on Dari language and literature, among them, Dari Classical Prose (1963); Modern Dari Grammar(1969); Classical Narrative Prose (1977); Dari Sound and Symbol Association (1978) and text books in Kabul and Baghdad Universities. A number of his articles have been published in India, Iran, Tadzhikistan and Uzbekistan. Neghat was the compiler and chief investigator for the first Dari – English Dictionary published by University of Nebraska at Omaha (1988 – 1994). 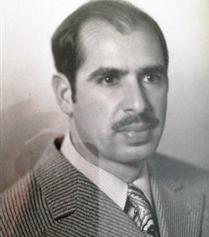 From Wikipedia, the free encyclopedia
Brigadier General Rahmatullah Safi (born 1948) is a former Afghan army officer and mujahideen commander who fought during the Soviet war in Afghanistan. He was later claimed to have been the representative of the Taliban movement in Europe.[1]
Formerly a colonel in the Royal Afghan Army, he trained an elite commando force of 1,600 men during the reign of king Zahir Shah. When Mohammed Daoud Khan took power, he left Afghanistan for England. Following the Soviet invasion of Afghanistan in 1979, he joined the National Islamic Front of Afghanistan, a mujahideen party led by Pir Sayyed Ahmed Gailani.[2]
As a mujahideen commander, Rahmatullah Safi was based in Peshawar, and operated in Paktia and Kunar provinces, taking part in the 1986 Zhawar fighting.[3] He was in charge of NIFA's training facilities, where he claimed to have trained some 8,000 mujahideen, possibly with British assistance.[2]
As of 1998, Safi was living in London, England, but departed to Afghanistan along with Nabi Misdak to convince Mullah Omar to hand over Osama bin Laden to foreign authorities.[4],  and announced his intentions to run in the 2004 Afghan presidential election[5]